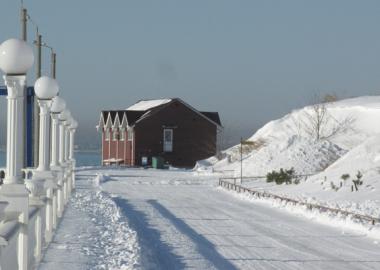 Heavy snowfall occurred on 29.12.2014 has paralyzed the life in Odesa and the entire region. During the day a 40-centimeter layer of snow has fallen. Thanks to advance preparation for the winter season, the fight against snowfall in the cottage community began on the same day.

Through the use of snow removal machines that are used at a snow layer of more than 5 cm, on 30 December in the afternoon the traffic was restored. During the day, all the major streets and Central slope have been cleared from snow, turns were sprinkled with screenings.

During snowfall, the townspeople were provided with individual assistance in the struggle with natural disaster.